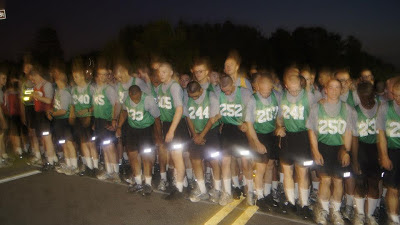 Getting ready for the 2 mile, #207, right of the yellow stripes

July 2nd to September 14th. During this time I spent 10 weeks in Fort Benning, Georgia experiencing all that comes with Basic Combat Training (BCT). I did my research and had a pretty good idea of what I was in for. Little did I know of the perspective to be gained upon completion of this adventure. Choosing to join the National Guard was yet another decision in my life that I would have never seen myself doing at earlier junctures in my life. Then it happened. The same can be said for many of my interests throughout life: aggressive inline skating, powerlifting, ultrarunning, and now the military. They each share some type of physical challenge, very unique cultures, and have received looks of befuddlement when I tell people where my life is going.

I am now part of the 1 percent. But not the 1 percent that wears diamonds on their soles. Our First Sergeant said that 1 in 4 Americans have the ability to graduate Basic Training. Less than 1 percent of Americans choose to serve. I had always thought the military was much larger...the perspective begins to change. 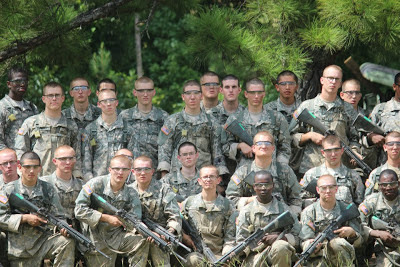 Introduction:
I was assigned to Delta Company 3/47 Infantry Regiment, 2nd Platoon, Roster Number 207. After a restless first week in Reception I was anxious to get the real training going. Reception is all of your inprocessing. You get your shots, haircut, uniforms, fill out paperwork, hurry up and wait, eat, and perform no physical activity. 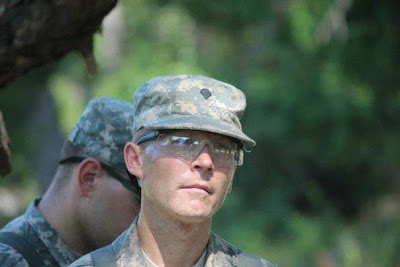 The bus stopped. Just like the movies a Drill Sergeant stepped on board and began yelling at us to get off the bus. Welcome to Basic. Running through the sand with duffel bag on my back, backpack front loaded and laundry bag in my arms. They call it Shark Attack. Lots of yelling, lots of in your face, lots of intimidating to see who will start to breakdown. 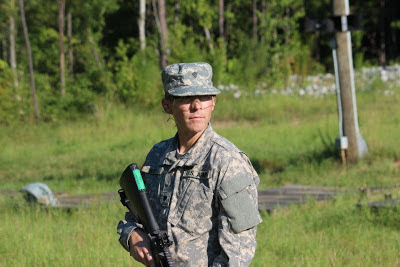 The first night we were introduced to the Shower Drill. Take 50 dudes and line them up in a row with towels around their waists and shower shoes on their feet. Push them through the bathroom like cattle. Start the stopwatch. One minute to brush the teeth. One minute to shower. In less than 15 minutes our platoon had completed personal hygiene time. 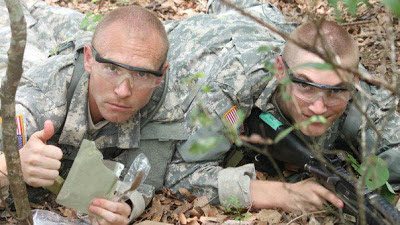 Loving the applesauce in my MRE

The Food:
Being a vegetarian I wondered if I would have to give up this lifestyle choice during Basic. I was pleasantly surprised to find out it was not an issue at all. Out of the 20+ Meals Ready to Eat (MRE's) there were four vegetarian dishes. In the chow hall the meat eaters would get meat and potatoes while I would get potatoes and potatoes. I often supplemented protein with chocolate milk, cottage cheese, and the very hip peanut butter packets that had an eerie resemblance to a gel pack. I was beginning to feel at home. Random fact- I had scrambled eggs 70 days in a row. You eat what you're served.

Meal times were hilarious. Total awkwardness. It would have been awesome to be an outsider looking in on this phenomenon. We had to look down at our food at all times. No talking. No eye contact with others. Our only utensil was a small shovel. If my favorite Drill Sergeant was there we had to keep one hand on a glass at all times. All of this was done for a simple purpose. Eat and eat fast. A simple task of refueling. 10 minutes of no manners whatsoever. Shovel, chew, swallow, repeat. The cool thing is how your body adapts. At first it was hard to get everything down in our alloted time. Three weeks later and 10 minutes felt like a sit down meal. I now understand why a number of ultrarunners who have served are so good at eating challenges... 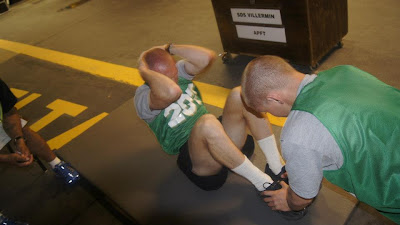 The Running:
My life lesson of 2012 has been that of letting go. Major changes occurred in my personal life that caused me to reflect and reevaluate who I am. It was time to let go of my wants, needs, and desires for a season. A season of losing myself with the hope of finding myself anew. Since my first ultra in 2006 running has gradually changed from a hobby to a lifestyle for me in 2012. It is a large part of my identity that is outwardly visible but doesn't define who I am. Basic was the time to let go of it for 10 weeks and see what I might learn from voluntarily putting a passion on the shelf. 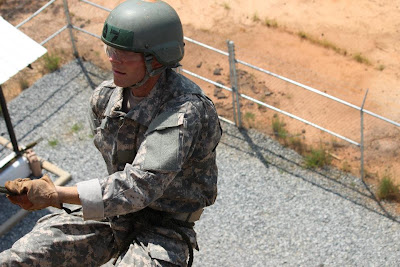 In all I guesstimate that I ran about 80 miles during Basic. The moments I could run were pure joy. They were moments of freedom when I could break away from the structure, supervision, and homogenized bubble that surrounded me at all times. I would sneak in 20 laps around the track when other soldiers had remedial PT. These were my long runs.

While others trained for Hardrock, Speedgoat, Leadville, and Steamboat I trained for the 1 and 2 mile. It was a successful summer of "racing" for me. 4-O. At 32 I was the oldest and fastest out of the 200 Delta Co soldiers. The Drill Sergeants shook their heads. Who was this old man who didn't eat meat that was leading the pack against teenagers nearly half his age? It didn't make sense. In the 1 mile I ran my first sub 5 minute mile clocking a 4:59. Word spread to the Lieutenant Colonel that an old dude could run. A challenge was presented. I earned the 192nd Brigade Coin of Excellence. However, it would be taken away if anyone beat me during the three remaining PT Tests and presented to the new victor. I whittled away at my two mile time with each test: 10:53, 10:44, and a 10:37. I can now add a coin to my ziploc bag of finishers medals/awards that have their home in the "Running Box." It's easy to run consecutive PR's when you don't have a previous benchmark! 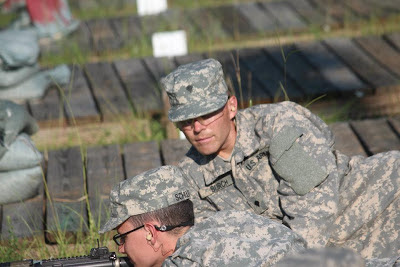 Coaching on the range

Apparently the military has had to reduce the running volume during Basic Training. More and more soldiers were getting injured. The government did some research and discovered that the Play Station Generation simply had weaker/less dense bones than their older and denser counterparts. They were seeing more stress fractures etc at Basic while Airborne School was seeing a lot more broken bones! Kids need to move more.

I missed regular running. I knew I missed it when I would get excited to run 40 minutes around a track in all the heat and humidity that comes with Georgia in the summertime. I would finish looking like I had just exited a swimming pool. Never have I sweated like I did in Georgia. Walking away from the track I wore a smile.

Lots to get caught up on. 1st- I've been back in CO for the past three weeks. Got some great perspective at Basic Training. I have put some good thought into my experience and will be dedicating a post to my 10 week adventure at Fort Benning.

2nd- I ran the Bluesky Marathon today and won! I can't tell you how great it feels to be back home and running again. It totally has brought tears to my eyes on many occasions hitting the familiar stomping grounds after work. Trail running is woven into my DNA. After letting it go for 10 weeks it has been incredible to rekindle the simple act of running outside on dirt. So damn good. Bluesky was amazing. I so missed the crisp, brisk, and dry CO air. Feeling it chill my skin this morning refreshed my spirit. I simply ran. It didn't feel like a race. It was a homecoming. It turned out I was in better shape than I thought. At Basic I ran about 80 miles in 10 weeks. I had two long runs of 5 miles on the track. 12 miles was the longest distance I covered on foot. I gained 10 lbs of muscle. Returning home I had three weeks to work with. I got out and ran. The first few runs I felt like a tank. The footwork was slow and heavy on the trail. There was no speedwork or structure to my training. I picked a trail and ran. Almost everyday. Guided by two feet, a happy heart, and lungs full of contentment. It's the simple things. They are good. More to come.
Posted by burch at 11:07 PM 3 comments: