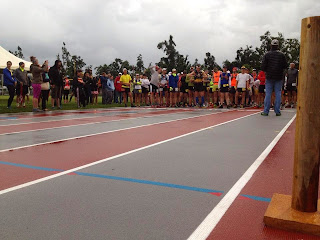 This was by far my best 100 mile performance to date. The missing pieces from previous hundreds found their places and made the run through the Black Hills of South Dakota quite enjoyable. Sure, my 2011 Leadville showcases a time 23 minutes faster but it pales in comparison to the composure and execution that played out only a few days ago. I'm understanding this distance in a whole new light and its exciting. Quite honestly I was a slow learner at 100's. It took me ten to write the epiphany laced report you're reading today. And the learning is elementary. Let me break it down for you with Burch's guide to a successful 100: 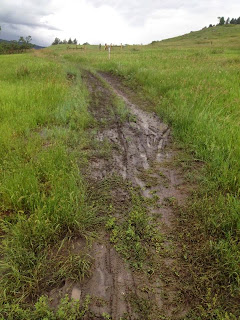 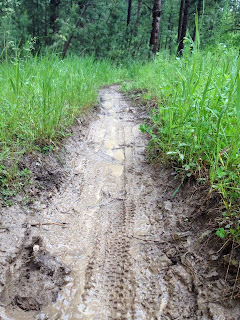 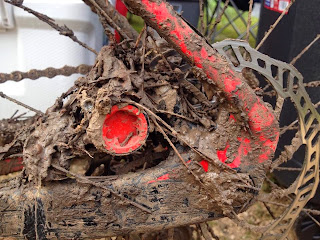 Ur bike on mud

The evening before the race the Fort Collins Contingent was discussing race strategy around the dinner table. My plan, to keep it real like chill. I was going to keep the heart rate super low for the duration of the race. No unnecessary spikes from starting too fast, trying to power through a ridiculous climb, and so on. At the most basic level it is easier to sustain a moderate heart rate over a long distance and it is easier to take in calories during lower intensity. Mentally I told myself I was going out at training run pace. I was hiking some of the first hills within the first two miles of the race. I'm learning you have to be really disciplined to go out slow and it makes up so much time later in the race. At mile 17 I was 7 minutes back of the leaders. 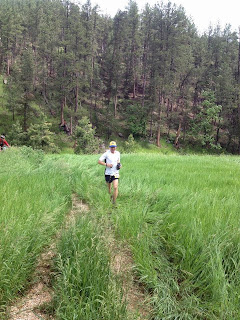 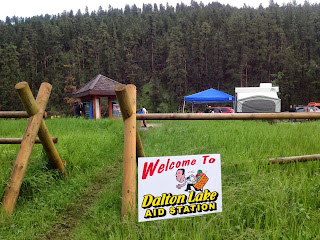 Nutrtionally I have never been better in a 100. Constant energy all day. No highs, no lows, and I stuck to my plan. I put down approximately 40 of these. Here's what I like about VFuel compared to other gels: 1.The consistency is more liquidy and easier to get down. 2.Each packet has a gram of fat so you're getting more than just sugar as fuel. 3.Just the right amount of caffeine for me, 10mg per packet. Kept me alert not shaky. So over the course of my race I got at least 40 grams of fat and a stable 400mg of caffeine. The routine was scheduled. Every 30 minutes I took two large sips of Fudge Brownie from the gel flask (approx. 1 gel every 30 min.)I did this 37 times. Whenever I needed it I took an extra sip or two. I supplemented with cups of Coke and water at Aid Stations. The first half of the race I drank Nuun and then switched to plain water the second half as it seemed to unsettle my belly enough to warrant a change. At mile 71 I tried a bite of sweet potato but couldn't do it. Chewing felt foreign and there was no way I could have swallowed it down so I spit it out. Stay the course! Amazingly I never got tired of Fudge Brownie. For whatever reason I can't do fruit flavored gels anymore so chocolate is my go to! 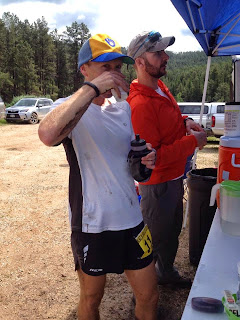 Staying composed is self explanatory. You know you're going to be running for a long time so enjoy it. Keep it simple. Be efficient in and out of Aid Stations. My longest stop was about 5 minutes at 71 when I tried the sweet potato. This was my "low" of the race and it wasn't close to any of the depths I've experienced at other 100's. Race rationally, not emotionally. Pedatella is a great example of a runner who logically puts his plan in place and then executes it despite the "race" going on around him.

During 100's and other ultras you find ways to save time and keep moving forward. One of these tricks is peeing on the move. During the race I peed 4 times. It's always good to time it and pee when you're going uphill. That is the textbook way to do it. However, around mile 81 I had to go during a downhill segment. Let's just say it is much harder to pee going downhill, especially on tired legs. I hit more of my leg than the ground. 80+ miles in and I'm laughing hysterically by myself somewhere on the Centennial Trail with a wet right leg. The beauty of this story is that around mile 83 you get to cross Elk Creek a total of 5 times and each crossing was at least knee deep. Justification. 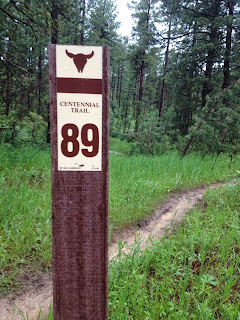 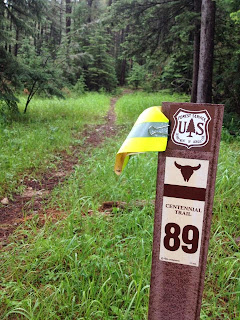 It must have been that time of the night. The skunks came out shortly after mile 90. I really did not want to tell the story about getting sprayed 10 miles from the finish line. With each encounter the odds were getting stacked against me. The first one grabbed my attention. "That's a skunk!?" Pepe 1 ran down the trail in front of me for 10 seconds, tail lifted to the heavens before taking a sharp right into the brush. "Please don't spray, please don't spray," as I passed. Pepe 2 emerged 20 minutes later with a bigger tail and less timidity. I followed him down the trail for at least 30 seconds before he darted left behind a tree. "Please don't spray, PLEASE DON'T SPRAY!"

Pepe 3 was just that. 3 times larger than Pepe 2 with a tail flick that could put even the best under hypnosis. I was succumbing to its powers. Feeling sleepy and moving slower down the trail as he mockingly waved that tail in front of me for the next mile. "Don't give in," I told myself. Suddenly, I caught a toe which snapped me out of it. However, I was hurtling toward the massive skunk in front of me. "PLEASE DON'T SPRAY, PLEASE DON'T SPRAY!!!" This erratic movement alarmed Pepe 3 enough and he deliberately jumped off the trail and disappeared. I had survived three skunks. Unscathed and unsprayed.

I arrived at the last Aid Station. 5.7 miles to go and 1:15 to break 19 hours. 13:09 pace is no big deal unless its the last miles of a 100. I knew it would be close! Thankfully I had K-Rob to pace me home and keep me honest. I couldn't have done it without her. The miles cruised by as we caught up in detail about our day. She had been crewing me all day as well but the depth of our exchange at Aid Stations boiled down to, "New gel flask, Nuun tab, feeling pretty good, see you in a few hours!" Fun to get updates on WS and hear about all the people she met and friends she made at all the Crew Stops. With 1.3 miles to go we hit the bikepath! Time to crush it, like a boss! In my mind I was cruising at 6:30 pace towards the finish line lights surrounding Woodle Field. My momentary daydream was obliterated when she said, "Great job, you're doing 9:30's!" Boom! Reality came back. Soon enough I couldn't have asked for a better reality as I crossed the line in 18:58:23. It's almost 1AM in Sturgis, Sunday morning, walking impaired, completely sober, and I couldn't be happier. 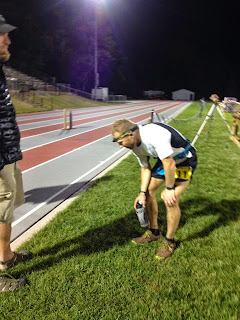 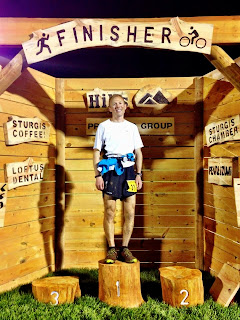 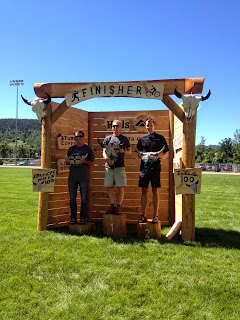 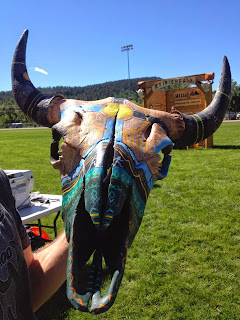 I mounted this on the F-150 today, like Boss Hogg!

PS- This is a great community based ultra event. It's a medium difficulty 100 (16K climbing, rolling terrain, very little flat, 97% single/doubletrack, 3400-5450 approx. altitude). Excellent crew access, 7.5 miles longest stretch b/t AS. Well organized. The biggest variable for DNF's is the weather. They've had massive thunderstorms, heat, cold nights, and super muddy conditions through the race history. Come prepared for it all, nearly half the field dropped this year primarily due to the mud. A big thanks to Chris, Ryan and all the volunteers! 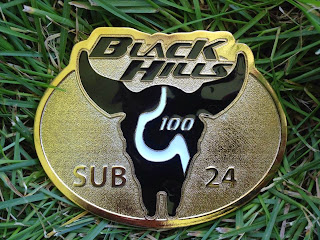